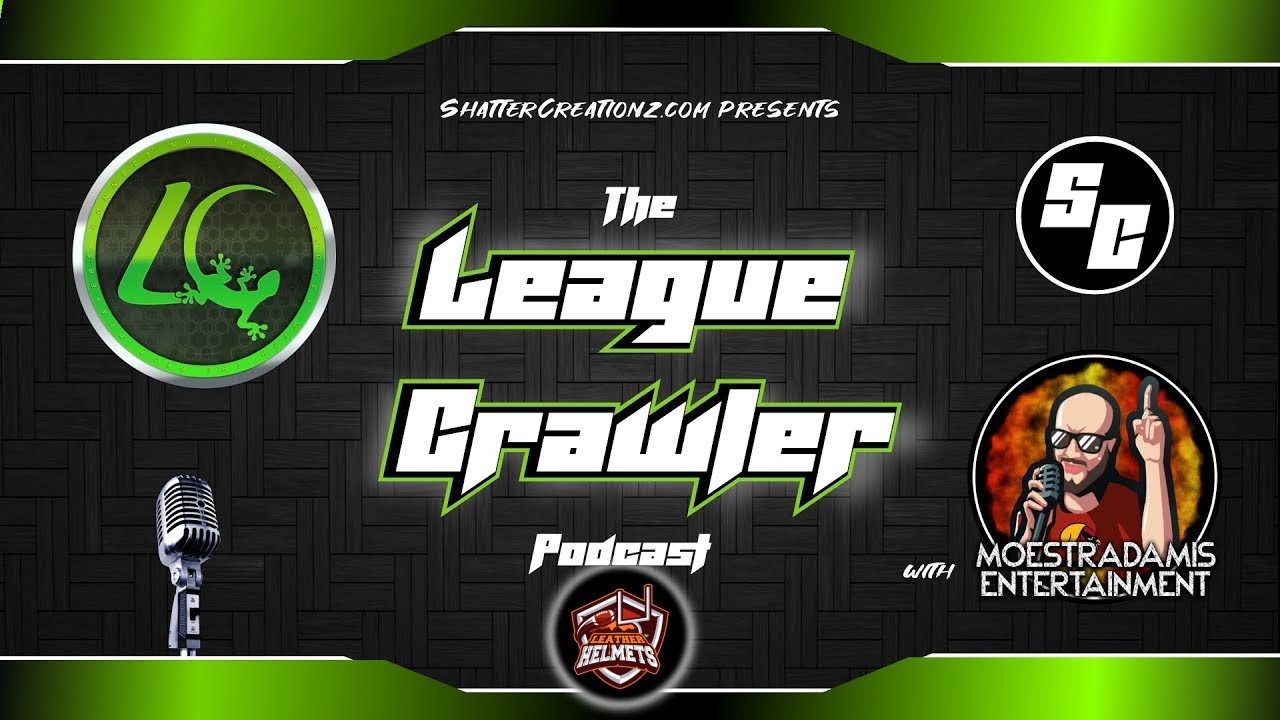 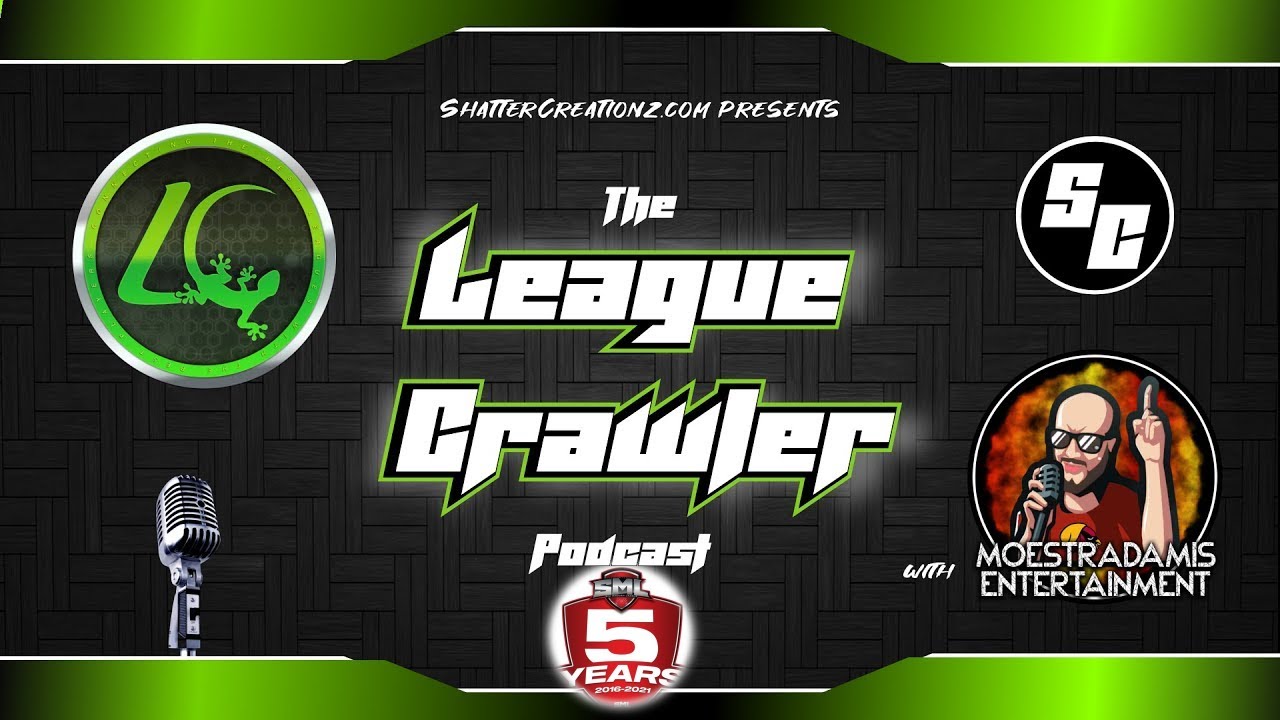 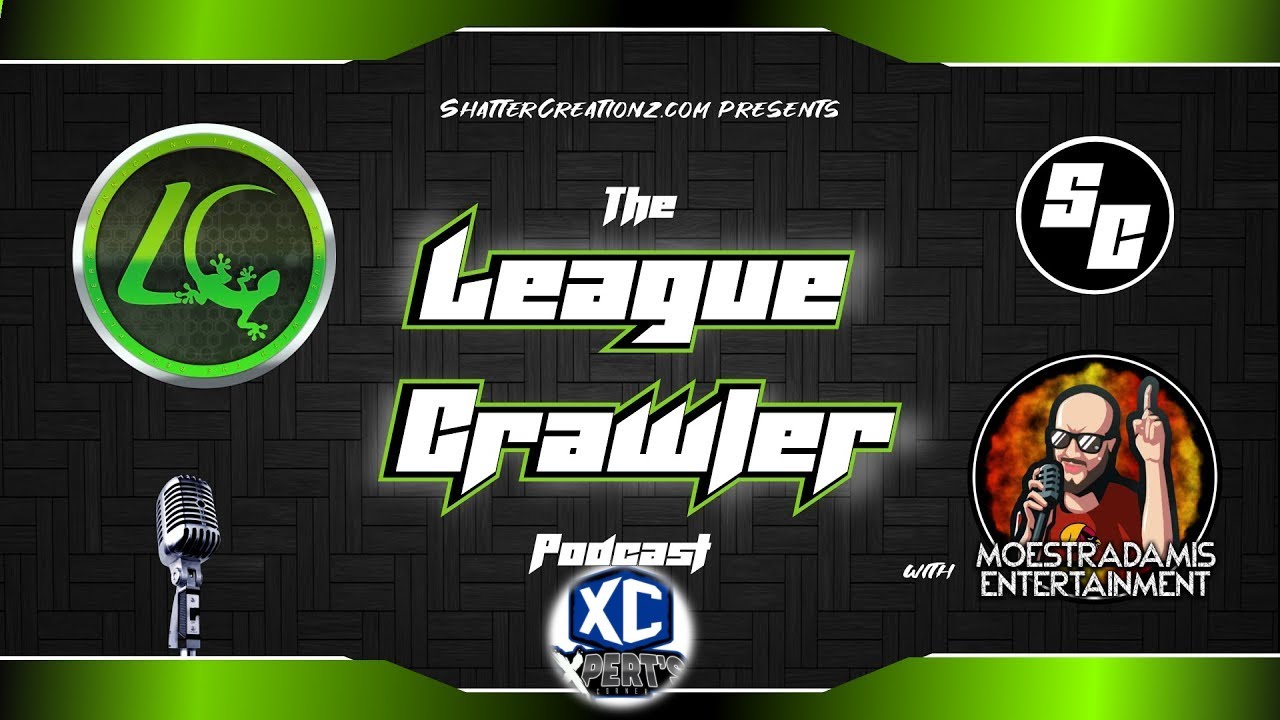 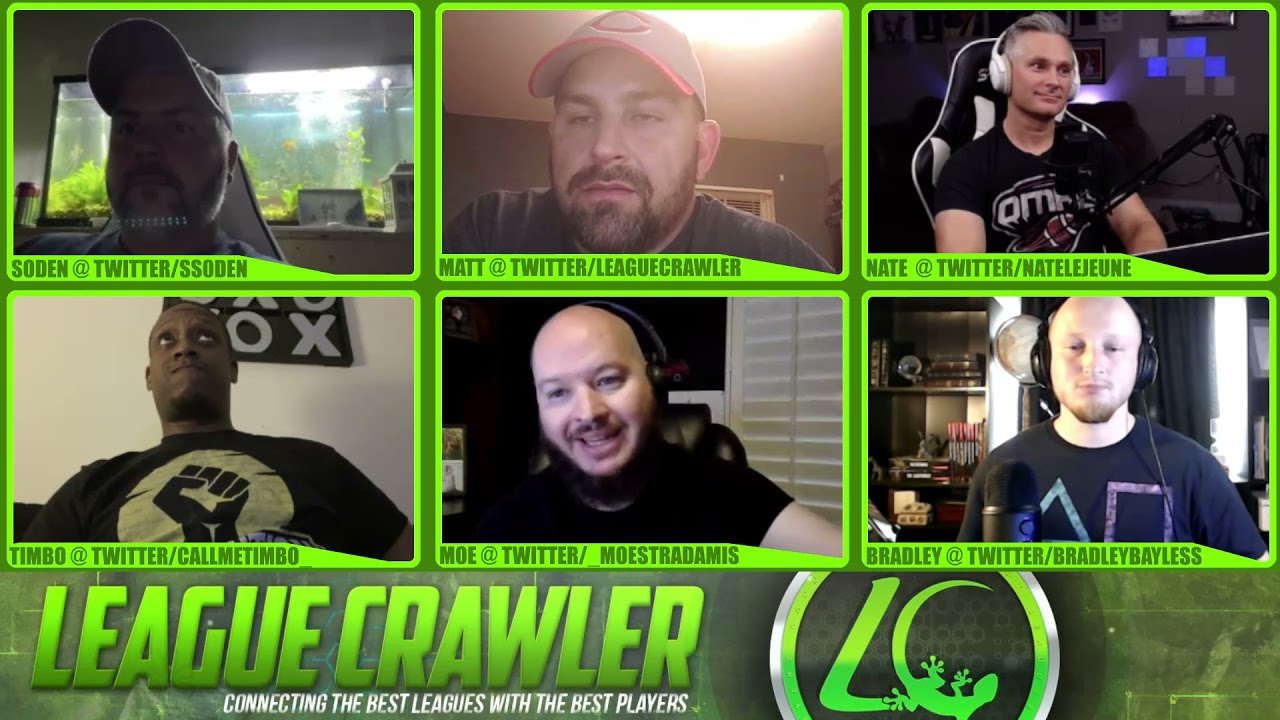 As summer winds down and we get closer to the new release of Madden (side note, we do more than just Madden here – we have 2K, MLB The Show and First Person Shooter recruiting and content on the site) it’s common to see things slow down.  Not here at League Crawler though, where we’ve been hard at work on the site and in real life.  It’s the busy season for me so I’m really far behind giving a proper thank you to all of the guests over the last few weeks and wanted to take the opportunity to write some thoughts and comments down about each of our guests.

I really like to do a full page on each guest for each episode so hopefully you guys don’t feel slighted!

I became aware of Tyson Lee a few months ago via Twitter.  With all the news coming out about EA getting back into the NCAA Football game – which is a really welcome bit of news – I wanted to get Tyson on to talk about gaming since I know he’s a Madden gamer.  He is also about to embark on the next leg of his career as he joins Western Michigan’s defensive front as a defensive end.  It’s really fun to get guys like Tyson on the show because they have such a deeper understanding of football than the average gamer and it was cool to listen to Tyson get into the nuts and bolts of his high school days and his journey to the NCAA.  He also tells a really funny story about a defensive TD that was hilarious to listen to.  This is a guy that has a ton of charisma as a person and tons of upside as a player.  He’s nice enough that I’m even willing to overlook that he’s going to be playing football in the state of Michigan (at least it’s not “the” *ichigan that we don’t speak of in Ohio.

If you’re not already following Tyson on his social media channels – please do so!

DaDynasty is a LONG time friend of League Crawler and we are way over due getting them on the podcast to let them showcase to the world just how awesome and immersive they are.  Fun fact – DaDynasty was the very first podcast show that I ever was a guest on and had a really good time.  At the time of writing this, I don’t have a link but if I find it, I’ll post it.  DaDynasty also won some of the awards that we’ve done in the past including Best Graphics in 2017 and 2018.  We had originally scheduled DaDynasty to be on the following week (Week 23) but had a scheduling issue with the week 22 guest at the last minute and reached out to see if they could help us out and Xpert came through in the clutch like the pro and champ that he is.  I think the thing I like about these guys is how well they run their league from a media perspective.  Dynasty emerged back in the earlier days of really taking content to the next level and set a high bar REALLY early with the high level of stuff they were creating and how visible they were on social media.  They are also a really tight group of guys, put a lot of thought into their league and run it the right way.  Big thanks to Xpert for jumping on the show and helping us out a week earlier than expected.  A final thought on DaDynasty is that if you’re looking for ideas or just an inspirational push to get your media going – look no further than Dynasty as a great place to start.  They have a wealth of content and shows on their youtube and it’s not just “stuff” – the content is really good, well produced and engaging.  In fact, as Moe and I continue to flesh out the future of League Crawler as it pertains to the podcast and YouTube channel – we’re taking cues from leagues like DaDynasty every step of the way.  You guys set a high bar to aspire to!

It you want to follow DaDynasty, join their league or get more info – here’s where to look:

SML is another long time friend of League Crawler and we’ve been watching them grow and do cool stuff for several years now.  Moe had a chance to sit down and talk to them about what they are doing at their league, how they started and what makes them tick.  What you’re really going to enjoy when you listen to this podcast Prime (commissioner of SML) de-mystifying the vast amount of content at SML and how they got there.  One of my favorite things about League Crawler is how we can be helpful to everyone in the community, especially those starting out.  When you look at SML you might say – wow, we could never get to that level for any number of reasons because they do such a good job.  I think what you’ll find with Prime is how they took it in steps, focus on certain things and just keep moving one step at a time.  This is a really fun podcast with another one of the guys in the community that takes what they do seriously and have a lot of fun doing it and keeping their members engaged and immersed throughout the game cycle.  After 6 Maddens, you know these guys are here to stay and if you’re looking for inspiration or a league to join, I HIGHLY recommend them!

Leather Helmets is a Madden league that is relatively new to me so I was really excited when they agreed to come on the podcast.  One of the things I like about the podcast and honestly makes me want to listen is getting to hear the stories from leagues I don’t know about who they are, what they do and of course from leagues I do know more about their product and plans.  With Leather Helmets, it’s the former as I became aware of these guys over the last few years and found they do really nice work!  What I didn’t know is that they started in the NCAA days (2012) and are still going, having transitioned to Madden!  2012!!  How many more leagues are out there that I don’t know of that have been going this long!?  I think I’m going to have to start a time line or something to plot out all the leagues out there, when they started, etc so people can see all these great leagues that have been around for a long time.  Anyway – big thanks to their commish GymJon3s for coming on the show and we appreciate your time.

Please take a minute to check out Leather Helmets on social media and give them a follow!

Are you liking the new site, podcast and other things we're doing? If so - consider supporting us on Patreon! Your support helps us do giveaways, pay for and upgrade the site! As a Patreon member, you'll have access to shout outs in our newsletter, podcast, Twitter and more! Monthly memberships start at just $1 per month and believe me - it all adds up and really helps!
Click Here to Check Out League Crawler on Patreon